The role of Police & Crime Commissioners is to be the voice of the people and hold the police to account. They are responsible for the totality of policing. PCCs aim to cut crime and deliver an effective and efficient police service within their force area. 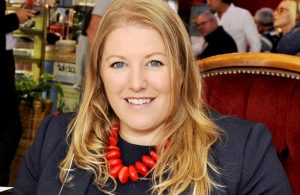 Mrs Jones was born in Portsmouth and still lives in the city with her husband Neil and their 2 sons.

She was elected to Portsmouth City Council in 2008 and became the first female leader in 2014, serving as the leader for 4 years.

Donna has been a Magistrate for 15 years and was the youngest member of the judiciary in England and Wales when appointed in 2005. She also sits on the board of the National Museum of the Royal Navy and the national Children’s Charity, A world of Friends. She is a Non-Executive Director of Portico Ltd (formerly MMD Shipping).

You can find out more about Donna by visiting her website here. 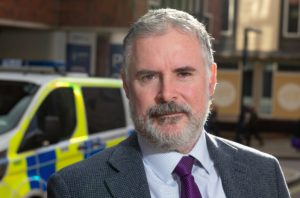 After years of cuts, in areas from police budgets to mental health, our criminal justice system is stretched to the limit. We must change our approach.

I will make sure that local issues that reduce the quality of people’s lives, like antisocial behaviour, drug misuse and dangerous driving are not overlooked.

I will focus on crucial issues that need immediate action. We need to support victims of crime and their families, including addressing the disastrous problems which have caused the collapse in successful prosecution for rape.

I will challenge on the issues which have been highlighted by #blacklivesmatter, improving the lives of all who live in our diverse communities.

You can find out more about Richard by visiting his website here. 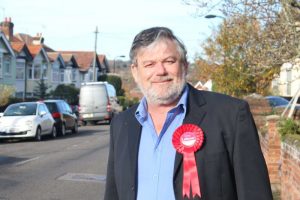 I have not stood for public office before. However, I have an extensive professional background, including working closely with the Police in a number of different roles and I have gained a deep understanding of many of the challenges encountered by our Police today. I have knowledge, skills, and experience that equip me to do this job well. I have a deep commitment to make a positive difference to the  lives of people in Hampshire and the IOW.

I grew up in a village on the Hampshire/Wiltshire border near Romsey and attended my local village primary school and Bishop Wordsworth’s Grammar School in Salisbury. I have lived all my adult life in Hampshire. I married Carol in 1981.  We have one son Matt, who is a Southampton City Councillor and University Lecturer.

You can find out more about Tony by visiting his website here. 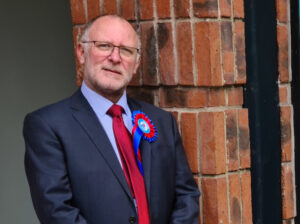 Having lived in Hampshire for more than 40 years, I have dedicated myself to public service.

After spending 12 years in the Royal Air Force, I Joined Hampshire constabulary in 1989 specialising in several areas. I spent a significant amount of time as a community beat officer dealing with all aspects of the community, including close liaison with councils, adult/children’s social services, domestic violence units and victims of crime. Local policing issues are something I am deeply passionate about.

Following promotion, I specialised as a custody sergeant and headed up the prosecution support team in Basingstoke. I then became a gatekeeping officer dealing with investigations prior to the Crown Prosecution Service.

On leaving the Police force, I have become involved in local politics, especially where policing issues REALLY are a priority.

You can find out more about Steve by visiting his website here.